A Vantage Point can go a Long Way

A Vantage Point can go a Long Way

Is the image above one of an older lady, or of a younger woman? It all depends on the vantage point…

The article Africa is not a country describes how many students view Africa presently. The article claims that our own review of over 30 childrens books about Africa found skewed and incomplete images. More than 90 percent of the books, for example, showed only rural or village life and jungles. Based on images from these books, readers would assume there are no cities in Africa. These images in books, as well as educational practices carried out in some classrooms, can lead to misconceptions about Africa. Many students will stereotypically believe that all Africans are poor and live in the jungle surrounded by wild animals. The vantage point from which a story is told drastically affects how it is perceived by the listener. In a similar manner, all UNC fans will say that Duke is awful, while the Duke fans will say the exact opposite. So where does the ultimate authority lie? How does one really know who to believe? A limited range of sources can lead to cultural misunderstanding. By reading only the popular books about Africa, students fail to see the truth behind its culture. Students must read the less popular books detailing African cities in order to obtain a true understanding.

In the video The Danger of a Single Story, Chimamanda Adichi tells the story of how she found her authentic cultural voice, and warns that if we only hear one story about another person or country, we risk misunderstanding. She talks about how all of the British and American childrens books she read had white characters that followed those countrys cultural norms. She says that because all I had read were books in which characters were foreign, I had become convinced that books, by their very nature, had to have foreigners in them, and had to be about things with which I could not personally identify. When someone is only exposed to one type of story, they will begin to form their own perceptions of what should and should not be culturally acceptable. In order to create a balanced and equal cultural understanding, one must be exposed to a variety of literature to see how cultures can vary so much across the world. 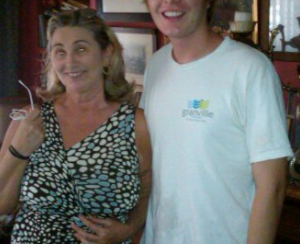